Today I was sociable: I sat at the counter at Van Dam Diner and talked to the waitresses. As I ordered a spinach and portobello salad, and tried to relax on a stool (an almost impossible task), I watched one waitress wrapping three platters of vanilla and chocolate cupcakes, brownies, various cookies and peeled melons for a catering order, then carefully wrapped in balloons-stamped party plastic, so not to smear the buttercream frosting.

“Why can’t we pack these in a box? It would be so much easier…” she shook her head. I hear you, I thought to myself, my eyes fixated on The cupcakes. Man, it’s been forever since I had a great cupcake…

But, not today. It’s salad day!

(Van Dam, you’ve done it again. Too much food. Damn you Van Dam…and the sweets look so good…)

This time, I wrapped up the remains of the salad (half of the plate) and took it home later, and… I ordered a brownie for later. This was a first. 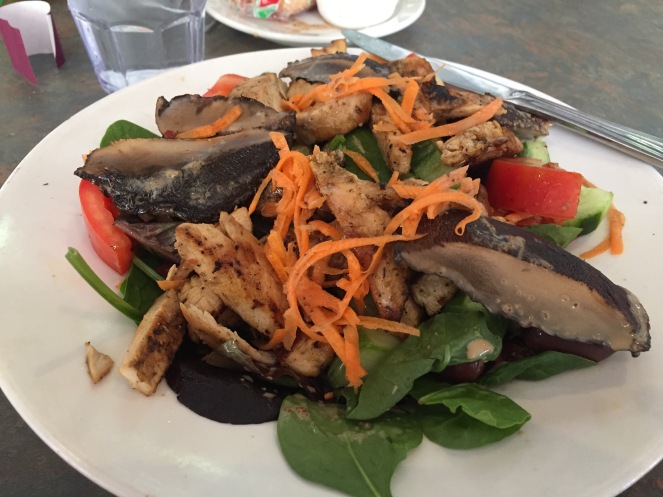